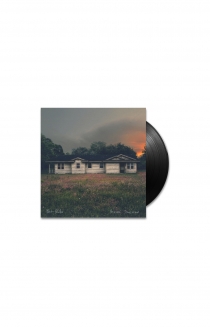 Wilmington, NC indie folk duo Beta Radio will release their Nettwerk debut album Ancient Transition on September 14th.
Ancient Transition is an album cast in folk-style lyricism, Americana spirit, and orchestral experimentation.  Thematically, the album is shaped by the search for home, in whatever sense that might come – person, place, or ideology – the eternal search for that thing that makes a person feel whole. Inspired by everything from their own personal journeys of the past 2 years, to The Arrival soundtrack, to a re-reading of Slaughterhouse Five, the duo carefully crafted the 10 songs that would become Ancient Transition. The recently released album track “Tongue Tied,” of which Atwood Magazine said, “Brimming with poignant beauty and shivering warmth, Beta Radio’s ‘Tongue Tied’ captures the wayward feeling of longing for home, when we don’t have that place to call our own.”