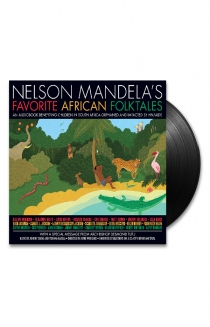 This item has one or more sizes on pre-sale with an estimated ship date of October 19th, 2018.

Visit http://mandelasfavoritefolktales.com for clips and bios of all performers.

In his original foreword for the folktales, Nelson Mandela wrote, "It is my wish that the voice of the storyteller may never die in Africa, that all the children of the world may experience the wonder of books." The audiobook brings his vision full circle, as these timeless tales return to the oral tradition to be heard around the world.