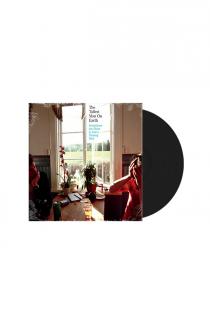 The connection that the Tallest Man on Earth (aka songwriter Kristian Matsson) has with his fans is a sight to behold -- he has performed around the world, at clubs and festivals, and the bond between Matsson and his audience is breathtaking. Matsson is the rarest of performers, charismatic and captivating, and his passion for performance bleeds through every single time he takes the stage. At many of the Tallest Man on Earth shows this year, Matsson closed his set with a new song titled "Like the Wheel." It quickly became a fan favorite, with YouTube videos spreading virally, and the sets closing on a high note night after night. "Like the Wheel," along with four other new songs, make up Sometimes The Blues Is Just a Passing Bird, an EP written entirely after The Wild Hunt. Recorded during a quick break from touring in the summer of 2010, "Like the Wheel" is joined by "The Dreamer," a soon-to-be-classic that Matsson performs on electric guitar. Sometimes The Blues Is Just a Passing Bird is an open and shut chapter in the Tallest Man on Earth's songbook --five new additions to those magical performances.